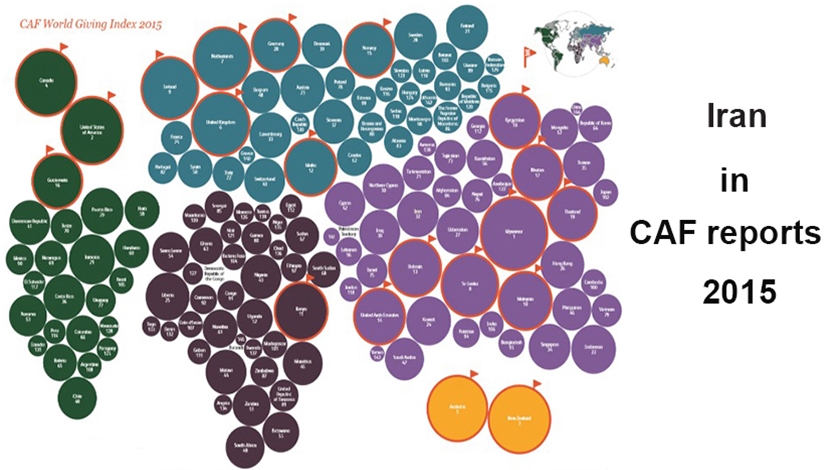 Analysis covering the five-year period 2010-201410 shows that nine countries are included in the five-year Top 20 that do not appear in this year’s list:

These countries were either not surveyed during 2014, were displaced by new entrants or were found not to have engagement levels as high as in previous years.

Therefore, Iran has been recognized and evaluated in 2014 as eligible country for review at the CAF.

Iran ranked 32th in 2015 among the 145 countries surveyed by the CAF Foundation.

Table 1 & 2: Top 10 countries for donating money, by participation and population 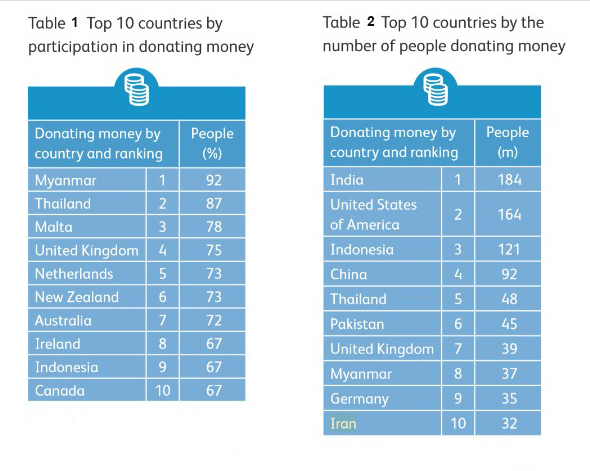 The table above shows 10 countries giving donations to charities based on the number of contributors.

According to Table 2, Iran is the tenth country in the table number of adults contributing to charity contributions in 2015.

The table also shows that 32% of the population in Iran has helped charities in 2015.

Iran ranked 69th and 50th in the Indicator of Assistance to Unidentified people, ranked 23rd in the Donation to the charities and 54%, and in the voluntary contributions, ranked 55th and scored 24%.

Table3 : The status of Iran in CAF World Giving Index 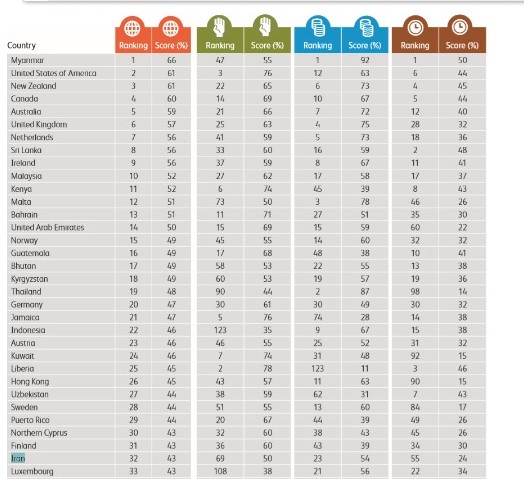 According to Table 4, Iran ranked 69th and 50% score in the Helping a strange index. 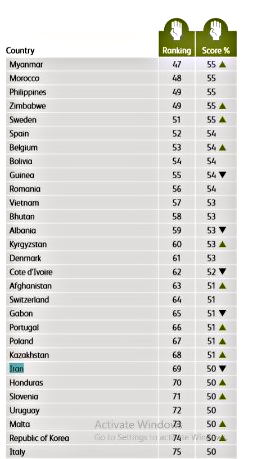 According to Table 5, Iran has ranked 23‌th and 54% score in Donating money index.

This index is evaluated in Iran without change.

Table 5: Ranking and Score of Iran in Donating money index (2015) 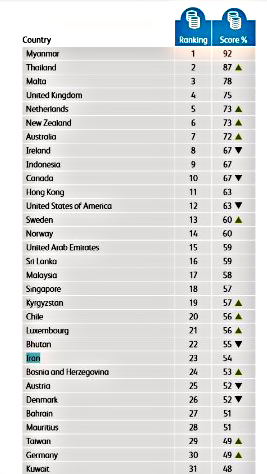 According to Table 6, Iran has ranked 55‌th and 24% score in Volunteering time Index.

This index is evaluated in Iran without change.

Table 6: Ranking and Score of Iran in Volunteering time Index (2015) 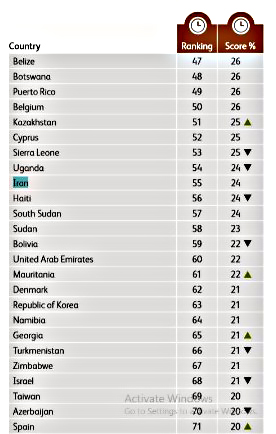