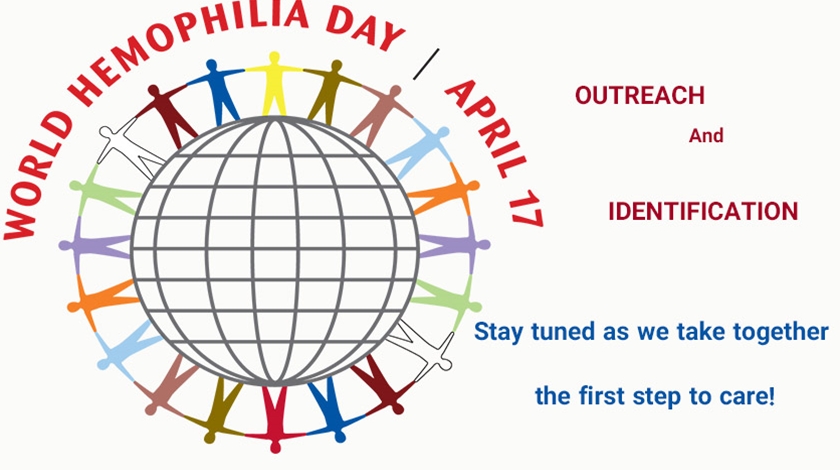 This year, the World Federation of Hemophilia (WFH) is focusing on reaching out and identifying new members of the bleeding disorders community.

For many years, the WFH has supported outreach projects in different countries and conducted educational events for both lay and health care professionals in conjunction with our national member organizations (NMOs).

The WHD2019 campaign will feature examples of WFH outreach initiatives such as organizing regional workshops, raising awareness of bleeding through media coverage or training health professionals and collecting data.

It will combine these examples with submissions from our community about outreach efforts in their own regions or ideas about what would be helpful for future initiatives.

Stay tuned as we take together the first step to care!

This landmark day also helps to illustrate the importance of the WFH Humanitarian Aid Program—an important endeavour for the WFH that provides a range of integrated care development training programs to ensure the local infrastructure and medical expertise are available to optimize and appropriately use donated products.

What are bleeding disorders?

Hemophilia is a bleeding disorder that affects approximately 1 in 10,000 people. People with hemophilia do not have enough clotting factor VIII or IX in their blood. As a result, they can bleed for longer than normal.

Rare clotting factor deficiencies are disorders in which one of several clotting factors is missing or not working properly. Less is known about these disorders because they are diagnosed so rarely. In fact, many have only been discovered in the last 40 years.

Finally, inherited platelet disorders are conditions in which platelets don’t work the way they should, resulting in a tendency to bleed or bruise.

Persian version of this article