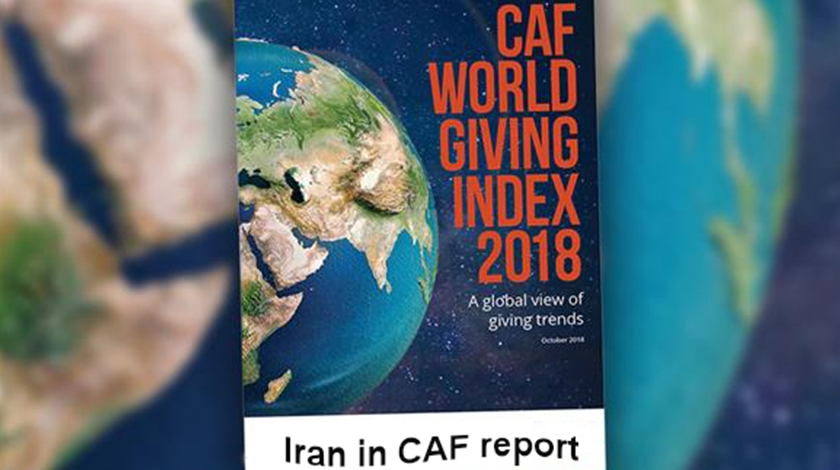 The aim of the CAF World Giving Index is to provide insight into the scope and nature of giving around the world. In order to ensure that giving is understood in its various forms, the report looks at three aspects of giving behaviour. The questions that lie at the heart of the report are:

Helped a stranger, or someone you didn’t know who needed help?

Donated money to a charity?

Volunteered your time to an organisation?

Iran has been recognized and evaluated from 2014 since now, as a eligible country for review at the CAF.

Table 1: Top 20 countries in the CAF World Giving Index with score and participation in giving behaviours. 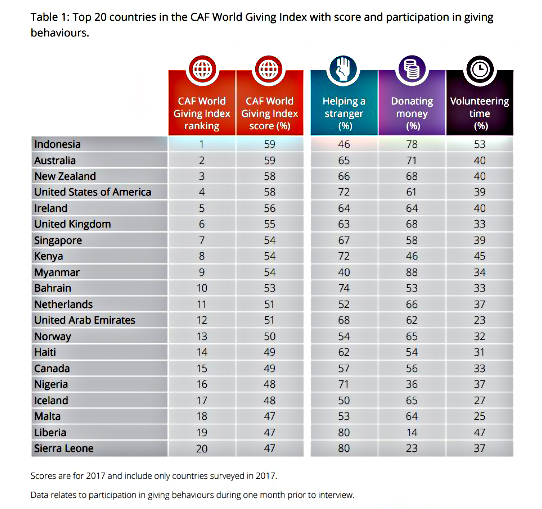 Leaving the top 20 this year 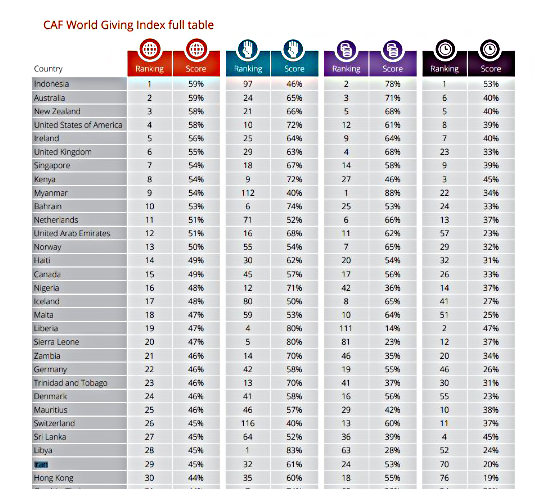 Zambia, which slips from 18th place to 21st; Germany, also slipping three places to rank 22nd; and Thailand, which falls right down from 16th place to 62nd place, its lowest ever ranking and score by some margin.

This is most likely to have been caused by a crack down by the military junta on financial mismanagement and corruption in the Buddhist temples , and specifically new laws introduced in early 2017 that brought in much more stringent restrictions on donations to monks.

The number of people donating money in Iran

According to Table 3, Although Iran is out of the first 20 countries in the CAF World Giving Index 2018, But is still in Top 10 countries by the number of people donating money donations.

Table 3: Top 10 countries by the number of people donating money; 2018 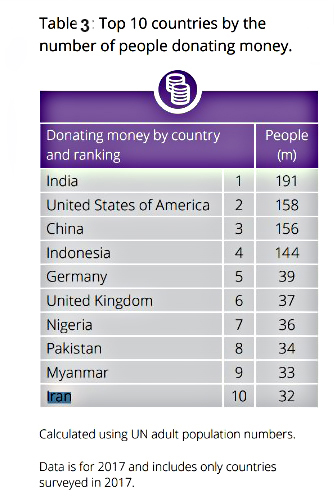 Persian Version of this article

What is your anticipation?
«Will Iran rank as the top 20 in the world? Or will it continue to drop?»

By answering these questions, please help WikiNiki to complete this article.