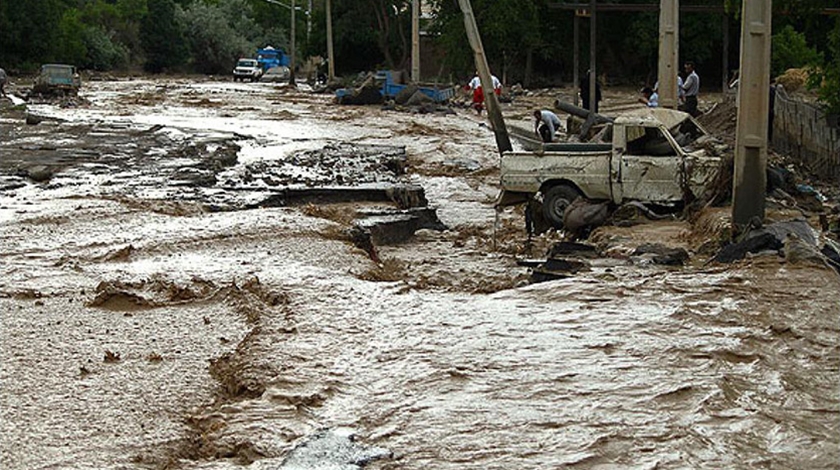 The authorities on Monday ordered the immediate evacuation of flood-stricken cities and provinces such as Golestan, Mazandaran, Lorestan and Khuzestan in north and western Iran as rivers burst banks, dams overflowed and vast areas were cut off from communication.

The highest level of alert was declared in Lorestan Province with four or five cities “completely critical,” state television reported from Khorramabad, the provincial capital.

“In Khorramabad the water has risen by as much as three meters in parts,” the television broadcast said, with reports elsewhere of areas “completely submerged with residents stranded on their rooftops.”

The Iranian Army and Red Crescent forces are helping the flood-stricken. 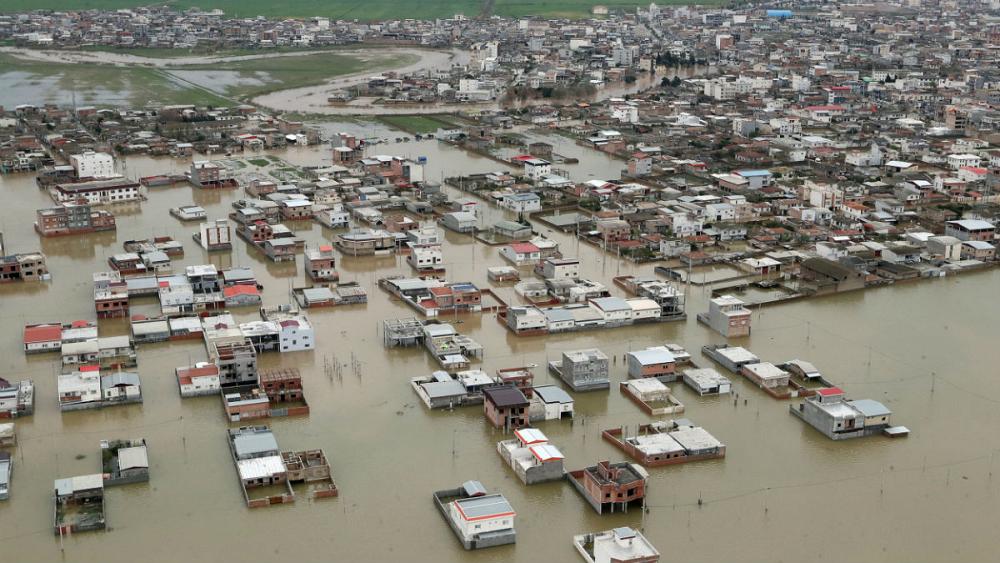 The Iranian Red Crescent has declared the status of flood-stricken areas critical and has requested assistance from all individuals, both inside and outside of Iran.

The Iranian Red Crescent Society invites all people in their social networks and has published a banner. This banner contains a help way for helping to flood-stricken people. 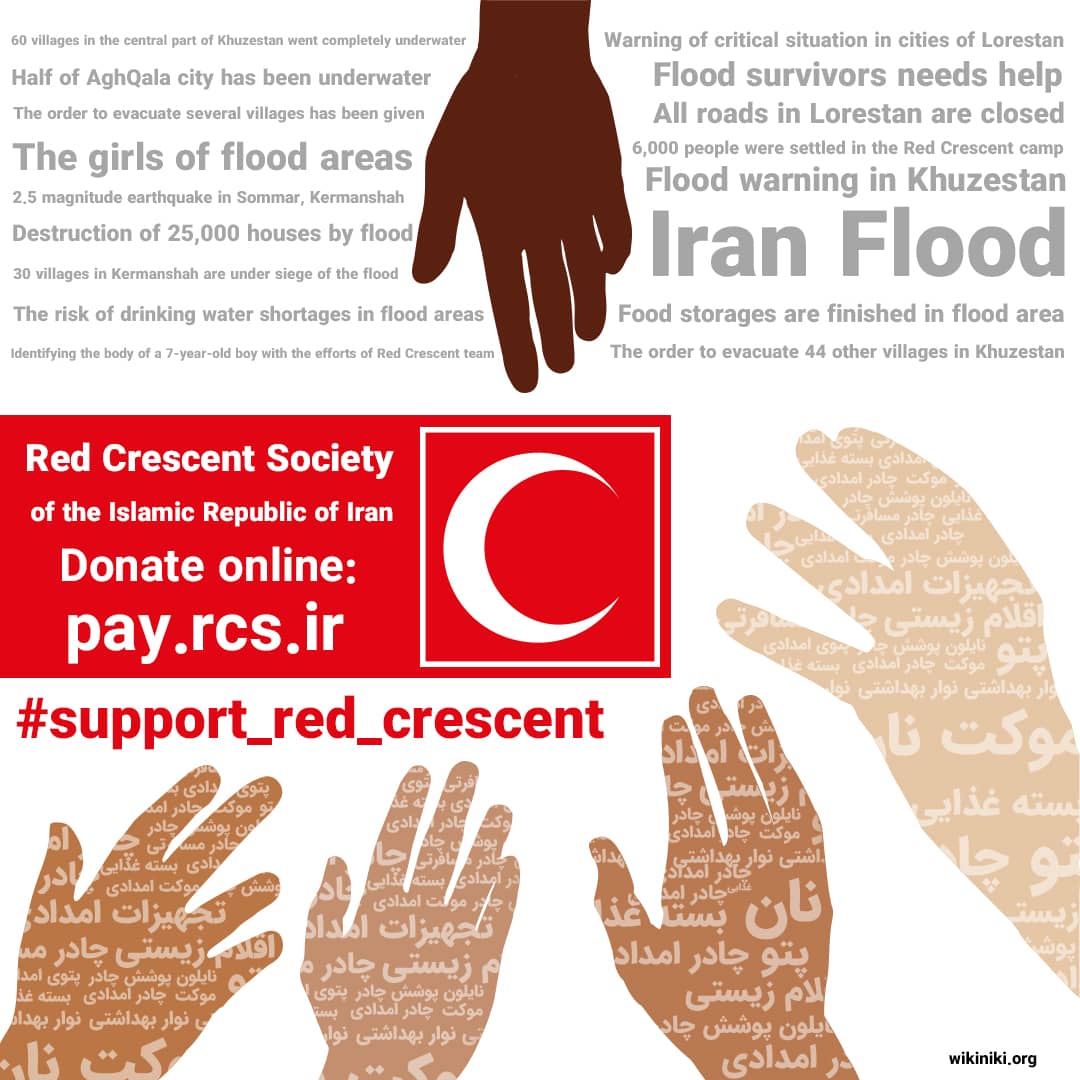 Wikiniki has been honoured to be joined with the Red Crescent Society for supporting Iranian flood victims.

Please join us in helping Iranian people in the severely flooded provinces such as Golestan, Lorestan, Shiraz, Kermanshah and Khuzestan.

please use VPN if you can't access the payment portal